" ... so I was sitting in the steam room and I got chattin' to this guy and he was... we was talking about our family and stuff 'n' I was telling him about my family, and at one point he said isn't it amazing how we've all ended up here like this, isn't it amazing y'know, as a human race, and at first I agreed with him, but as I lay there in all of the steam as it was surrounding my body I suddenly realised that it isn't strange. If you took say a hundred thousand sheets of paper and laid them all end to end, side by side on a football pitch and then you kicked a football at random as hard as you could there would almost be an infinite possibility that the ball would not land where the ball landed. But the ball has to land somewhere. So the fact that we've ended up here with two eyes, one mouth, a nose, ears, it's not really strange because the fact that we're talking about it means that we are here and we could have just as easily evolved to have green skin and only communicate by infrared. In a sense he was talking absolute rubbish .... "

Mike Skinner, the deep thinker, just don't expect a shallow "yeah" when he can absorb, digest, regurgitate and spit it back out in a state that is better than it went in as. 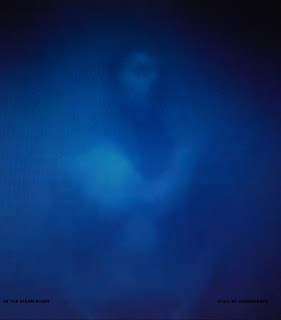