Leo Ihenacho AKA Leo The Lion, the British/Nigerian Singer, Songwriter, Actor and DJ, formerly the singer with The Streets, has now re-worked the beautiful favourite Nite Nite, previously featuring Kano and The Streets. It is an acoustic special for Valentine day. Last Christmas I asked Leo for an interview for LikeTheSound, finally we got together for an exclusive, we talked about The Streets, getting lean, Getting his Idris on, Aliens, how the world is going to end? Sprkle! - Leo's new social media platform and much, much more. 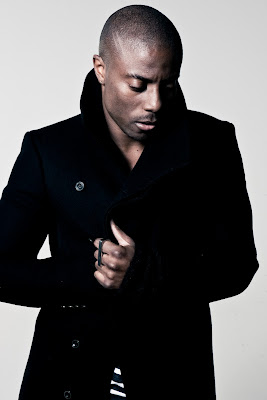 Addolorata : Hello, how is your day going so far?

Leo : Real good...today I have jus been editing my latest online acoustic viral Nite Nite which is due out for valentines day... spent Saturday night filming it on location. It was the coldest I have ever experienced, at one point I wanted to pack it in. I was like what am I doing this for, the girl I was seeing recently dumped me so humbug to valentines....lol

Addolorata : You have been DJing recently, you did Souk's in Clapham, describe your sets?

Leo : Yes, I have been DJing for several years now... I was recently at SOUK in Clapham. It was for my friend Martin Offiah or should I say The Legend that is Martin Offiah (he insists on this title) the set turned out to be pretty good... I was playing some soulful house, the ironic thing was that I spent all day burning new tracks onto Cd's only to forget them at home.

Addolorata : How long have you been DJing?

Leo : I have been DJing for several years now....

Addolorata : When did you pick it up and get it outthere?

Leo : I kinda picked up from watching other people DJ... especially my friend Emmanuelle
Arkah, he taught me some special techniques... Funny thing is, it was
The Legend that is Martin Offiah that gave me my first DJ gig... It was a special BBQ party in Clapham... I got a round of applause when I eventually mixed in my first tune. 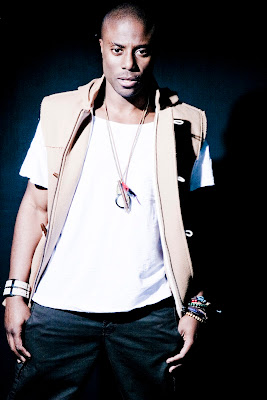 Addolorata : Nice! What is the best venue you have done so far? and what is your dream
venue?

Leo : Wow, that is a hard one... Ive DJ'd at so many cool venues all around Europe... Erm I would say Shakazulu Bar in Puerto Banus, Spain last summer. I was
residency there for about 2 months. The manager told me to play what I wanted... So I did...!  I played all the stuff that I would like to hear if I ever went to a Carlsberg night club. Lol Hip Hop / Rnb / Funky House / SoulFul House /
Reggae / Old skool... Every genre...!! anyone can be a Dj...but the good Dj is realised by their music selections.

Addolorata : Too true! You used to sing with The Streets, was those day's the good days?

Leo : Absolutely amazing... The best times of my life so far...we got to travel the world perform to hundreds of thousands of people... performed at shows like David Letterman / Jonathan Ross / Brit Awards, and most of all Jools Holland...this is what we call on earth 'living the dream'.
Addolorata : Which of The Streets songs did you enjoy singing most and why?

Leo : I cant really answer that, as their were so many songs that I loved singing, not only for the love of the songs but for the performances and stage antics that came with it. Most people that came to The Streets 10 Round Tour would have experienced The Brandy Cam... this is where we
attach a miniature camera onto a brandy bottle and we jump into the crowd and pour drinks down everybody's necks and chests... all the images were projected onto the massive screens onstage for all to see... There was a time where we performed at Leeds festival, and anybody that is aware of this knows that it is renownfor the audience to chuck things, empty bottles some filled with bodily waste, if they weren't feeling you... This was the first time I was a bit nervous as during the Dry Ur Eyes song I hold a long note at the end... i really get into it, my eyes are closed my mouth is open... I'm just an open target...!!!

Addolorata : Lol! Thank you for some amazing memories! When did you last
chat to Mike Skinner?

Leo : The last time I spoke with Mike was like a year ago. 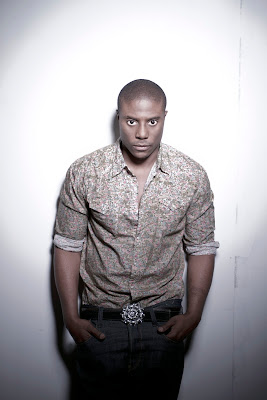 Addolorata : Are you still cool with each other?

Addolorata : Is it possible that you and Mike may work together again in the future from your perspective?

Addolorata : You have released a few covers lately, last December you did a pretty amazing version of Walking In The Air and Beautiful which is out now. Have you penned any new bars? When will they be released?

Leo : Thank you...well I'm currently finishing my album, as well as putting out these viral videos which I really enjoy... its just me having fun with songs that I love, experimenting and trying new things with them.
Addolorata : Who do you admire most in the music biz right now?

Leo : I admire a lot of artists out there right now... Labrinth is fantastic, Adele, Foster The people....
Coldplay are my all time favourite..to me they are the greatest band...period..!!

Addolorata : Highlight of your career so far?

Leo : Being part of The Streets and performing all over the world, and also being on the Weakest Link.

Addolorata : Who would you most like to collaborate with this year?

Addolorata : What is the most essential piece of equipment in your possession that your really couldn't work without?

Leo : My studio... my apple macs, my blackberry. 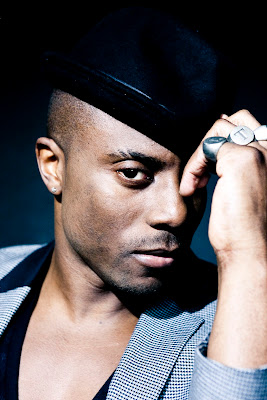 Addolorata : Run us through your fitness regime?

Leo : Well I have jus started a total body transformation programme with a team called The MEM Gym Boys... they are putting me through the mills at the moment... with training and nutrition. I put on a bit of weight recently and I wanna loose it asap... I don't wanna get Hench. I actually wanna get lean... too much Hag n Daz and African dishes can really do damage to your figure...lol

Addolorata : Tell me about your new release for Valentines day?

Leo : Well I was thinking of doing another cover... And I was actually struggling with a song choice, either someone else had done it or I didn't find a vibe for it... and jus by chance as I was going through my itunes, one of my tracks that I featured on with Kano - Nite Nite came on and I thought... I might aswell cover my own track.

Addolorata : I love that song! What is the one question you wish I had asked you that I have not asked?

Leo : Do I believe in Aliens and is the world gonna end this year.

Addolorata : Do you believe in Aliens and is the world going to end?

Leo : Yes I believe in Aliens... Because I am one... And yes the world will end this
year..!! I have been given instructions to round up all the earthlings that I would like to save on my space ship... I have already sent emails out to all the relevant people asking them to register by providing all of their necessary bank details.

Leo : As well as my album, I have gone into acting... I had my first role in a Terry Stone
Film called Lucky... We filmed that January... I was able to get my Denzel on... Or should I say my Idris on, then I have loads of ideas for my live shows and upcoming tour. Plus I am currently working on a new social media platform called Sprkle...its an app for established and upcoming talent in the entertainment and sports industry. I will keep you posted on that one.

Addolorata : Yes, please do and I'll keep LikeTheSound reader's up-to-date with it as well. Thank you for your time, humour and memories.

Well, true to his word, Nite Nite went out today, and here it is, I love this song, Leo always does this beautiful song justice. Share it and spread the love. Happy Valentines day!

Email ThisBlogThis!Share to TwitterShare to FacebookShare to Pinterest
Labels: Leo Ihenacho, Nite Nite, The Story of The Streets