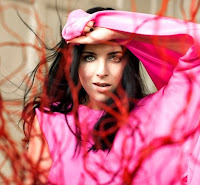 This is the video for LikeTheSound's favourite girl with a voice so strong it makes you feel helpless - Clare Maguire's forthcoming single The Last Dance which is due for release on 20th February .
She was heavily involved in the making of this video and has said she is really happy and proud. It compliments the sentiment of the song in a beautiful way.


The video for The Last Dance is directed by Alex & Liane.

Clare Maguire is currently in Newcastle for day 2 of a radio tour, while yesterday she was in Glasgow at Clyde One to record an acoustic session.