An excellent Aloe Blacc remix here from Wideboys. Everybody needs Green Lights days, so play this and get the vibes ...

Complete devastation hit thousands of festival goers attending the Pukkelpop event in Belgium as a violent thunderstorm hit Hasselt with a vengeance.

Mayhem raged as Stages collapsed, screens destroyed, trees uprooted, tents ransacked - in a shocking  matter of minutes after the storm struck. 60,000 people were evacuated after the main stage scaffolding collapsed. Skunk Anansie reported 90% of their production was destroyed, they have no lights and very little stage gear in operation.

Organizers have cancelled the festival and local officials say the death toll has risen to five and 70 people were left injured in varying degrees and hundreds in shock.
Mike Skinner and The Streets were due to perform in the Pukkelpop Marquee later that evening at 10.05pm.

Mike Skinner posted on his facebook page, describing the event as a "very strange, scary and sad experience." 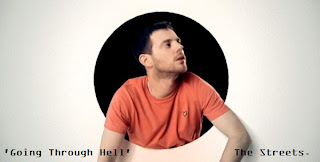 Mike Skinner gave his condolences on his Facebook page saying "Hope everyone is ok who was at Pukkelpop last night. It was a very strange, scary and sad experience. Our thoughts go out to everyone who has been affected by the tragic events."

The Streets will be playing Reading and Leeds Festival next weekend.

Email ThisBlogThis!Share to TwitterShare to FacebookShare to Pinterest
Labels: Pukkelpop, The Streets

The D.O.T is the latest creation in weekly progression by Mike Skinner, Robert Harvey, Ted Mayhem and various artful friends. Very little has been revealed about the contents or the future of The D.O.T. This has caused some confusion, mixed comments and praise whilst delivering his The Beats Youtube channel viewers and The-dot Soundcloud listeners to weekly doses of excitement and intensity.  Explore the anticipation of waiting, waiting... here, in Sometimes (it's hard to be a man)
The lack of explanation surrounding The D.O.T, draws us to look for clues in the video's and the music. Some of the video's could be mini trailers in the making of his debut film? Or perhaps a selection of what we have received are experimental video performances involving Mike Skinner and his favourite films as previously scheduled for the EIFF but had to be cancelled last minute because his wife went into hospital to give birth to their second baby. Or perhaps we are simply being injected with shots of diverse mind therapy and wholeheartedly agreeable music for our pleasure.
My favourite of all The D.O.T creations so far, is Weapon of Choice. The beginning of the video is like sneaking a peak through a keyhole and catching boys at play as Mike Skinner tip-toes and hops mischievously through the flowers of a well maintained garden while Robert Harvey mimes the action of aiming a gun with both hands, the music lays heavy setting an eeriness to the scene as though something bad is soon to occur. "Things you happen to notice, in the background of a photo, you're just there, right on the edge of the frame staring ..." Mike skinner points out in his curious boyish voice filled with realization. The lyrics are a story of discovering someone in the background of a photograph sung over a beautiful catchy tune "You-ooo were my rock, but you-ooo rolled away." he repeats before a brief silence "It was like, at that very moment as the fake digital shutter sounded, she was thinking about what she was about to tell me, and in that slice of time you could see into her soul, and I'm just standing there at the end with a smile on my face." Skinner says remorsefully, placing a chill under my skin .... "Forget her! I always thought she wore too much make-up anyway" Robert Harvey replies with a shrug, abruptly, before the hard strike of piano keys pound down. Pause for breath and you're creeping into chimes of far eastern beats. I love Weapon Of Choice!
Sometimes, The D.O.T will leave you scratching your head, but please, don't spend too much time trying to figure out the concept and miss out on just how beautiful the songs are.  listen to Right Side Of Madness and feel how haunting the music and vocals are as they bind together through your soul.
Take stock of Robert Harvey's heart-rending vocals and the slow motion video shots on Heart Won't Bruise.
Mike Skinner is without doubt a credible actor, just watch his music video's from The Streets back catalogue, such as The Irony Of It All where Skinner plays a dialogue of two very different characters, Terry the law abiding, beer drinker, and Tim, the weed smoking criminal. In Blinded By The Lights Mike is seen portraying the familiar situation of a good night out not going quite as planned after taking a bad mix, and in Prangin Out Skinner depicts how desperately awful you can feel when prangin-out from taking cocaine. Everything Is Borrowed as Mr May being evicted from his home, Heaven For The Weather - The Making of and of course the heartbreaking Dry Your Eyes as Mike resonates the pain of a young man trying so hard to persuade his girlfriend not to leave him at all costs.
Realism, with a touch of conjecture, humour and sensitivity has been Mike Skinner's greatest strength as an actor and performer.
More recently, Mike Skinner released the highly proficient Interactive film titled Computers and Blues Interactive Film. An outstanding selection of interactive video's which hauls you away from your cosy surroundings and plunges you into the dilemma you clicked him into or helped him out of.  Mike Skinner is the type of actor who appears not to be acting at all, he is natural, philosophical and believable, as though he is reacting or responding rather than acting.
Mike Skinner : Taken from 'How Do You Do It' 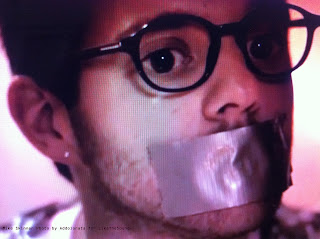 How Do You Do It is a video and song I highly recommend you watch. The video is excellent, perfect sound, crystal clear for every word, every breath and movement to be heard flawlessly. Mike Skinner's face is a cameraman's dream.  Just watch this!
Mike Skinner's strong fan following and I - have a lot of faith in Mr Skinner and his entourage, rightly so, the music hailing from The D.O.T is Excellent and the video samples are absorbingly reactive, modern and historical. Take this weeks release titled Been Searching depicting real scenes of civil unrest.
To my knowledge this is the first video song marking last weeks historic London riots which spilled out to Birmingham, Manchester, Liverpool, Kent and several towns across England following a march protesting the death of Mark Duggan, 29, who died from a single gun shot wound to his chest by a Metropolitan Police Service Officer in Tottenham, North London on Wednesday 4th August.
What happened commencing that date bandwagon'ed into repeated episodes of greed, so much anger mixed with callous attitudes towards others needs and it was like an explosion of hatred. Why? Survival? Maybe in a minority of cases but not from the widespread violence, there is no excuse.


Been Searching, shows footage of arson, teenagers rampaging the streets and looting as police attempt to gain control in a losing battle of vandalism. The voice of Pauline Pearce can be heard standing up to looter's in Hackney. Female reporters describing in detail what they saw mixed pleasingly over reggae style beats "I've been searching for the answer, tell me what questions to ask, yeah ". Robert Harvey sings these simple words that seem to resonate perfectly with how so many of us felt when we witnessed in different degrees the England 2011 August Riots. Been Searching has been mixed and produced with 3.26 minutes of noteworthy results.
Been Searching  by The D.O.T                    ﻿

keep watching as The D.O.T continues to proves itself, manipulating your realization and will soon become apparent, or has already became apparent, that every Thursday at 6pm, The D.O.T delivers us adroit sound and vision as we bring closure to our week in Skinner style.
Follow
The D.O.T on YouTube
The D.O.T on Soundcloud
LikeTheSound - Supporting all good music - greatness prevails -
LikeTheSound on Facebook   *  Follow LikeTheSound on Twitter 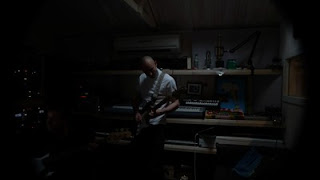 Every Thursday - 6pm
on
http://www.youtube.com/user/thebeats
and
http://soundcloud.com/the-dot
LikeTheSound - Supporting all good music - greatness prevails -
LikeTheSound on Facebook   *  Follow LikeTheSound on Twitter
~ ~ ~ ~ ~
Posted by Addolorata at 14:28 No comments:

Email ThisBlogThis!Share to TwitterShare to FacebookShare to Pinterest
Labels: The D.O.T

Sway - You Need Me, I Dont Need You (Ed Sheeran Cover)

LTS Site of the month : MikeSkinnerFans.com

Tess De Jong is a huge fan of The Streets, she has travelled around the world to see them live. She compiled an exclusive blog covering her personal experiences of following The Streets, meeting the band and road crew and travelling through the different cultures.
Read her exclusive blog here :
Tess's The Streets blog
And now you can discuss all things Mike Skinner and The Streets related  by signing up to
Tess's Mike Skinner Fans Forum
Great work Tess!
And thumbs up to Calzo Houdini for his help with the site as well. C
~ ~ ~ ~ ~
﻿
Posted by Addolorata at 16:01 1 comment: