If you appreciate the wealth of talent that is the Bee Gees, your in for a treat on Easter Sunday, switch on to BBC1 10:25pm to Bee Gees : In Our Own Time. A documentary following the story of the Bee Gees, one of the most successful bands of all time, from the start of their career in the 1960's to super stardom in the 1970's and beyond.

What is your favourite Bee Gees song? Mine is Words written and sung by the Bee Gees, it was released in the beginning of 1968.

Last November saw the release of Mythology! The Bee Gee's golden anniversary was celebrated with an amazing musical and visual scrapbook. 4 discs, each dedicated to one brother, plus unreleased tracks, and a book filled with never-before-seen photos and tributes.

Mythology is available to buy here on Amazon

Posted by Addolorata at 01:37 No comments: 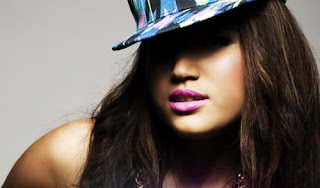 Baby Blue is stiring up great feedback, RWD Magazine said "Baby Blue is heating up roads in a big way" and Plan B Magazine said "A Technicolour person in a monochrome world, she would shine most places - like Kelis gone to charm school." Check out her new video and let us know what you think.


Here is the new video from Baby Blue for her 'Paper Haters Part 2' single featuring J2K, Scrufizzer and produced by Davinche

Posted by Addolorata at 23:24 No comments: 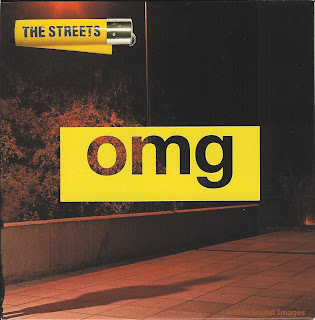 The Streets new single titled omg is due for release on Monday 18th April on 679/Atlantic Records.

It is taken from The Streets magnificent fifth and final album Computers and Blues released on 7th February.


With it's heart-yielding beats and punchy vibes, omg tells the story of looking up the facebook status of someone you really like and realizing you have both come a lot further than you previously thought you had.
In true Skinner fashion he opens the song hitting straight to the point with .... 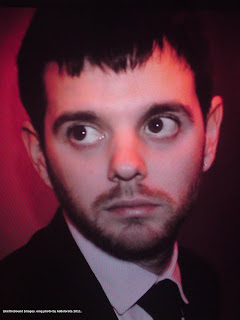 The words and the meaning is a modern day capture of how  ?% of people publicly detail their relationships nowadays. I also think it is very delicately written and quite wonderfully romantic too.

You know that feeling when all the speculation suddenly feels like reality because of one little action from the other person, it's a beautiful thing and who else could bottle that moment quite like Mike Skinner and his genius mind full of words that untangle into a perfect kind of sense.

Mike Skinner said about omg "If you're meeting a girl, looking them up on Facebook is the first thing you do. You wouldn't have been able to do that before, and the etiquette of this show we're putting on is incredibly complex."

On omg, Mike Skinner is joined by co-writer Laura Vane with her powerful vocals.
I absolutely love Laura Vane, she is highly talented and an extremely sexy, very beautiful, independent singer. Mike Skinner described her as “Laura Vane is as potent a songwriter and singer as I've come across. Not only does she have the ideas but she communicates them in a high pressure environment with a smile.” He should know, they have been working together for years.

Vocally and lyrically speaking, my favourite part of omg is where Mike and Laura sing together ......

"I stand corrected, I was pushing for the best
I guess I took one look at you and forgot the rest
Ive got what it takes
And it wont be wasted on fakes"

Every time I hear that verse I wish it was a whole song on it's own sung in that melody, it flows perfectly. We know what a talented storey-telling beatsmith Mike Skinner is, but lets hear it too, for what a credible and competent singer he is, he has oodles of feeling, meaning and harmony in his sweet voice. I'm going to project further on this at a later date.


omg is already receiving a great deal of well deserved respect and support from Zane Lowe, Annie Mac, Steve Lamacq and many other BBC Radio Djs are showing their support as is Callum James Greens on Dime Radio. omg is on the XFM playlist and Steve Harris made omg his track of the week.

Earlier this week The Streets performed a session for Zane Lowe’s Radio 1 show which included a cool interview with Mike Skinner. The tracks performed were omg and Puzzled By People from the brand new album Computers and Blues as well as his classic song Turn The Page.

The video to compliment the song, has just been uploaded on The Streets YouTube channel TheBeats

omg was co written between Mike Skinner, Laura Vane, May and Brown. As always, everything else - including production, mixing and mastering is all done by Mike Skinner.

Buy Computers and Blues on iTunes

Email ThisBlogThis!Share to TwitterShare to FacebookShare to Pinterest
Labels: OMG, The Streets

The Streets are playing live at the massive annual event Trinity Ball, Dublin  - Friday 8th April on the Main Stage. 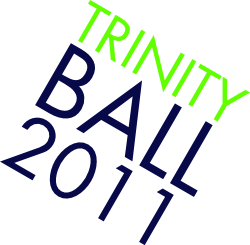 Posted by Addolorata at 00:16 No comments:

Email ThisBlogThis!Share to TwitterShare to FacebookShare to Pinterest
Labels: The Streets 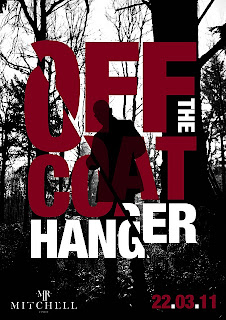 Off The Coathanger is the new single by MR Mitchell AKA Tony Mitchell, and FKA the highly successful duo The Mitchell Brothers with his cousin Teddy Mitchell.

The Mitchell Brothers were signed up by Mike Skinner's Record Label The Beats, they gained huge popularity and respect with the release of their debut album 'A Breath Of Fresh Attire' followed up with 'Dressed For The Occasion' which featured the likes of The Streets, Kano, Professor Green, Plan B, Franz Ferdinand and Calvin Harris to name but a few.


London based MR Mitchell is now solo and and he is ready for a new reign of success. Off The Coathanger is the first of what he has to offer us.

"Teddy and I have decided to broaden our horizons and move on separately… I must say that we have experienced some great times and have met some great fans… I know all of you would like to see us together, but it's time for me to embark on a new adventure…I am so excited and I have been working hard behind the scenes and I've kept an eye on what’s been going on.. I have travelled, seen some wonderful landscapes and some timeless art that have inspired my new music direction." Said Tony Mitchell.

The video for Off The Coathanger is directed by fresh aspiring director Chas Appeti who pays meticulous detail to shine, shadows, clarity and smooth classic elements which complements MR Mitchell's creative, brave new beginnings with echoes of Mitchell's much loved humour. Mr Mitchell's love and dedication to his music can be felt in his beats - much to our enjoyment.
Off The Coathanger is a great place to start and I'm already looking forward for a lot more of Mr Mitchell.

Watch out for a new E.P mixtape titled 'Irregular Beats and Art Attacks' and the debut Mr Mitchell album which will be with us this summer.

Download the new MR Mitchell single Off The Coathanger now for FREE!
Please show your support for London talent by telling your mates, sharing the video, tweeting this post and following MR Mitchell on Facebook  * Twitter  * Official site