Cyberspace and Reds Mixtape - The Streets

Cyberspace and Reds Mixtape - The Streets 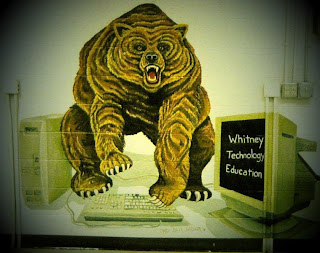 News in from Mike Skinner on The Streets official blog , The Cyberspace and Reds Mixtape album - not to be confused with Computers and Blues -  is coming together. With guest vibes from Trim, Loudmouth, Wretch and hopefully Kano as well as many more barzmen who have influenced and inspired him over the course of his 10 years in the game. "We crowd sourced the cover artwork (thanks again to @lukeferrar), maybe we should crowd source some barz. so I’ll post up a beat on http://bln.kr/  tommorow and then if anyone thinks they’re any good at rapping they should spit on it and post it back up there.  if any of them are overly boom we’ll put them on the the final work of darts. mix it up like gumbo" he said, so come on everybody, give it your best shot!

Email ThisBlogThis!Share to TwitterShare to FacebookShare to Pinterest
Labels: ***cyberspace and reds***, Mike Skinner, The Streets