Mike Skinner's Book, titled  'The Story of The Streets' is due for release in March 2012
Last month Mike Skinner closed his reign on the music industry as The Streets with a series of emotional and memorable gigs, in which I might add The Streets have never sounded so supreme, most would argue it is a crime to end The Streets at such a peak, but Skinner would tell you otherwise. 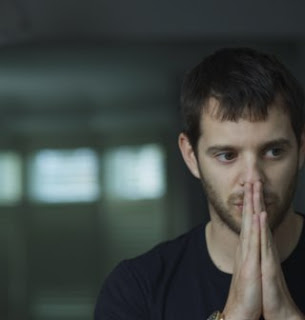 Mike Skinner broke the mould over a decade ago when he unleashed his debut album Original Pirate Material, he took The Streets on the road and opened up a whole new live experience for his fans. With such legendary albums as A Grand Don't Come For Free, The Hardest Way To Make An Easy Living, Everything Is Borrowed and Computers And Blues to his name, Mike Skinner has always remained true to himself and in-turn, true to his fans, I'm guesssing, this is exactly what his debut book The Story of The Streets is going to provide the reader with.
There is nothing, that I know of, which I am more excited about than the release of the long awaited Story of The Streets
The eighty thousand word memoir that Mike Skinner collaborates on with writer Ben Thompson will be available in 352 pages of book form.

my book is out in march. going to be at all the literary events
~~~
the word 'road' used to refer to anywhere someone rode. 'street' was the name for a road that had been made more permanent"
~~~
this forms the basis of my comprehensive study entitled, 'the story of the streets'
Follow Mike Skinner on Twitter
@skinnermike
Join The D.O.T
The-Dot.Net
~*~
Posted by Addolorata at 19:40

Email ThisBlogThis!Share to TwitterShare to FacebookShare to Pinterest
Labels: Mike Skinner, The Story of The Streets, The Streets