"Since this was your favourite track on the CD (apart from Cradle Of
Civilisation). It is only right that you are part of the video. You
are loved and missed by us all. Sleep well Adooni." 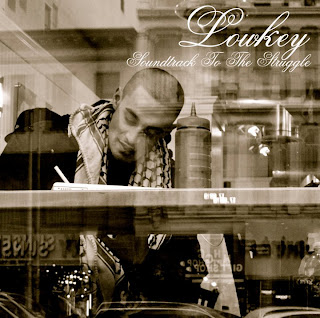 Lowkey, real name Kareem Dennis, the London born Rapper, musician and political activist of English and Iraqi decent to an Iraqi mother and an English father, from the age of twelve he began to rap, graduating to the open mic sessions which took place at the Deal Real record shop on Carnaby Street, Central London.
The rest is why Lowkey is as relevent in music as he is today.
The latest video from the hit album Soundtrack to the Struggle by Lowkey is for the Beatnick and K-Salaam produced title track. The video was filmed in Venezuela, produced by Global Faction and dedicated to Lowkey's supporter and friend who recently passed away, Adnan Al-Radhi who also features on this video version of the track.


Lowkey's latest album 'Soundtrack To The Struggle' is out now

Email ThisBlogThis!Share to TwitterShare to FacebookShare to Pinterest
Labels: Lowkey