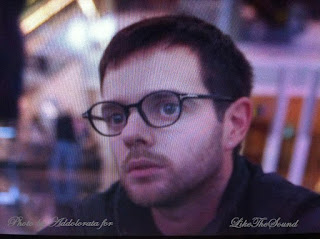 Mike Skinner - The D.O.T : The Diary Dec 2011.
It is the final diary entry of 2011 and it is full of good news for 2012.
As before with the November Diary, the script is imaginative, absorbing and interesting.
The narrator is clear and direct, just as I like, whilst Mike Skinner, Robert Harvey and Ted Mayhem assist their roles with perfection.
I predict 2012 will be the year of The D.O.T
D.O.T Diary Dec 11 from THE D.O.T. on Vimeo.
I'm actually very interested to know what those giant toasted ants and chunky BBQ worms tasted like?
Join The D.O.T official site
http://the-dot.net/
Follow on Twitter
@skinnermike
@RobertMNHarvey
@THE_D_O_T
Read LikeTheSound's review of the The D.O.T : November Diary here
The D.O.T : Diary Nov 2011

Email ThisBlogThis!Share to TwitterShare to FacebookShare to Pinterest
Labels: Diary, The D.O.T