After officially closing The Streets earlier this month, whilst preparing for his final tour of the new and final album as The Streets - titled Computers and Blues - kicking off in Edinburgh this Friday 18th at HMV Picture House. Mike Skinner is dividing his creative skills into the film world, he has been confirmed alongside eight other guest to curate the 65th Edinburgh Film Festival. 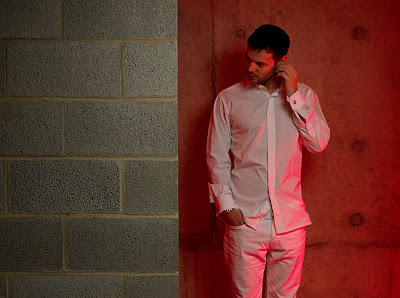 
The exciting list of curators who have been invited are Mike Skinner (The Streets - Creator, Singer, Songwriter, Producer, Engineer and currently writing his debut film based in a hospital in which he will also be starring in) Isabella Rossellini ( Actress -Blue Velvet & Death Becomes Her ) Gus van Sant (My Own Private Idaho) Alan Warner (Debut novel Morvern Callar, winner of the Saltire Society Scottish Book of the Year Award and The Man Who Walks) Apichatpong Weerasethakul (Thai director, screenwriter and producer) Clint Mansell (formerly of  Pop Will Eat Itself , went on to successful career composing film music) Greil Marcus (award winning music journalist, cultural critic and author) and Jim Jarmusch (film maker behind Ghost Dog, Coffee and Cigarettes).

I highly recommend you catch The Streets live experience at a venue near you.