Loudmouth Melvin is the self-sufficient Rapper and Producer from Walthamstow in North East London. He knows exactly what he wants and insists his music career is kept true to his own style and ideas.
Loudmouth Melvin recently collaborated with Mike Skinner appearing on The Streets latest mixtape Cyberspace and Reds which also features the likes of Kano, Wiley and Wretch 32.

After a nudge from my friend Jamie Hodson, we decided it was time to hook up with Loudmouth Melvin and Get to know him better. But first, download the EP's 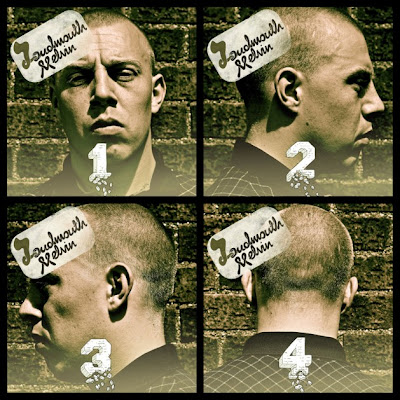 Addolorata : Lets start from the beginning, What came first for you, rapping or producing? Where did it start, at what age? and what happened?

Melvin : It started with rap years ago when I was a kid but i didn't take it seriously till I started to produce. The production side got me back into it and interested in writing songs rather than just verses which is what i did before. I always wanted to produce and studied briefly but I really got started about 6-7 years ago via K-Nite 13 who was using a program called Acid. He showed me the basics of the program and I just went away and learnt to craft beats.

Addolorata : Who was your biggest influences back then?

Melvin : My biggest influence production wise is probably DJ Premier or The Rza I grew up with their music and they are two of my all time favourites and I feel they've made music that's shaped how I listen to things 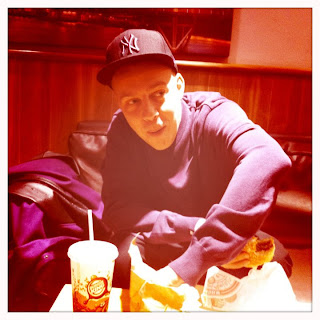 Addolorata : How was school for you? Did you leave with degrees?

Melvin : School was ok I didn't do great in my GCSE's but I made it up in college and then went to Uni. I'm pleased with what I achieved in education.

Addolorata : What jobs have you done prior to what you are doing now?

Melvin : I've worked in several retail jobs and worked in media/tv a bit too.

Addolorata : Have your family been supportive of what you want to achieve in music?

Melvin : Well my Dad's a musician and my Mum's an artist so they've definitely been supportive of me. Most people won't have two parents who understand the sacrifice involved in making music/art.

Addolorata : You departed from AfterShock in order to gain independence and control as an artist, how has this benefited you so far?


Melvin : Well I am self sufficient musically. I can produce and record myself so I don't have to hire studio. I choose all my decisions musically on my own which is cool and being under a label isn't always the best option in that respect although it' good to have a team working towards pushing your product.

Addolorata : I respect that about you because it's a brave thing to do, would you recommend other up-coming artists to do the same?

Melvin : Well it wasn't like I parted with a major label with huge budgets. I felt like for the most part I could do what they were doing for me on my own so I made my choice. I'd say to any artist it's best do build a foundation for yourself on your own terms because that way your fan base gets familiar with who you are as you intend them to perceive you. Major labels also respect those who have accomplished more on their own as they see them as less of a risk. 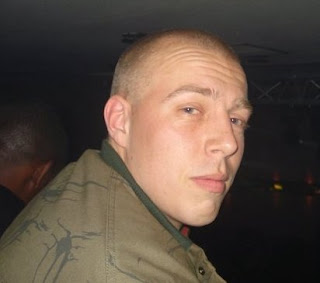 Addolorata : Tell us about Problem Family?

Addolorata : You recently collaborated with Mike Skinner on The Streets 'Cyberspace and Reds' mixtape, tell me more about your roll in the making of 'Backseat Barz'.

Melvin : Well Mike sent me that beat a while back and I wrote something to it and sent it back but he wanted to go another direction with it. It was a bit tricky cos we didn't meet and share a studio making that so for me to work like that isn't easy. I initially forgot about it and then his manager got in touch to ask if I'd jump on a track for his mix cd. I didn't realise it was the same track so when he sent it I was surprised a bit. This time Mike had laid down his verse so I had an idea of what direction to take it in from there so wrote it pretty quickly and sent it back and it came out better then the original track I wrote to it.

Addolorata : Which other notable names have you collaborated with?

Addolorata : What is your most essential piece of equipment?

Melvin : Probably my studio because everything I do is done on that whether it's making a beat or recording vocals.

Addolorata : What is the best thing that has happened to you so far this year?

Melvin : probably something to do with my team QPR being top of the Championship. I've suffered for years supporting them and things are going well at the moment so I'm loving that.

Addolorata : I had noticed your support. Congratulations on QPR's victory.
Who would you most like to work with in the future?

Addolorata : Do you enjoy performing live?

Melvin : Yes I do but I need to perform regularly otherwise the rust sets in. Performing is like sport. You need to rain and be prepared otherwise you won't be match fit on the day. Other then that London crowds can be pretty stoosh so performing outside London can be better.

Addolorata : What is the one question you wish I had asked you that I have not asked?

Melvin : What is Quaranteam

Addolorata : What is Quaranteam?

Melvin : Quaranteam is a collective of artists including myself, Mentalist, Pyro Barz, Skillit & K-Nite13. We're not a group we're more like a community where everyone has their independence to do as they please. Last year everyone one of us put out a free downloadable project so I suggest you check those all out and watch out for anything any of us do because it's all good quality Hip Hop

Addolorata : Haha, well you learn something new everyday! What is next on the agenda for you?

Melvin : My joint project with Pyro Barz and then the Problem Family album. After those I'll put out my solo album which I'm just starting now.

Addolorata : I really enjoyed that, thank you kindly for your time Melvin. 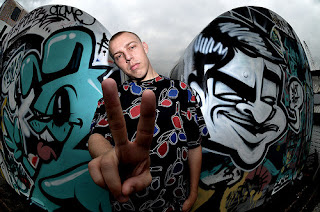