January to August 2009 The Skinner way.

Mike Skinner has been bang on form this year with The Streets, he dived into 2009 danger tinged with paramedic based crowd-surfing injuries at his Corn Exchange gig in January and chipped a tooth whilst inserting the whole mic in his mouth during another performance, but fear not things did get better.

"Starting the day with a pear and the paper. The studio is cold. I think Ive worked out the timer on the heater now though" skinnermike

Mike took Twitter http://www.twitter.com/skinnermike by storm under the new guise of skinnermike, as I write he currently has 54,727 followers and trust me - it is growing daily, as he put us through his Tangfastic addictions, Dyson Airblade mania, being followed by helicopters, Cadbury fury, smelling a rat in the perfume industry, inebriated tweets from the pub and even BT Vision rage - (being a BT Vision customer myself I could empathize with him and actually sent BT an email during Mikes rage with a link to his tweets and told them to sort it out because Mike Skinner is getting very annoyed.) I do believe they resolved the problem in the end.

"gurning and yearning but learning" Skinnermike


Mike has shared some great philosophical thoughts with his followers on twitter, I really like this one because it is so true ...
"a constant sense of humour is all well & good but you have to respect serious people who can't laugh their commitments off as a joke"

"Life must be lived, your heart will be broken and hamstrings must be stretched. it's not enough to say don't do it"

On a lighter note, he even taught us a serious lesson about pencils, "your sharpener should have 2 holes. A sharpener with 2 holes allows one to radically alter the conicality of the drawing implement. extend your creativity to the very pencil."

and whilst we are on the subject of pencils and lessons, Mike pondered "paperless classrooms. no more textbooks. where will kids draw penis' now?" hahaha.

A really exciting time was when Mike got his brand new custom built studio - SSL based, complete with vocal booth, carpets, and boy, has he been busy putting it all to damn good use.
"My desk is coming and I'm going to start mixing all these new songs I've written. Get ready for it fast and dark" skinnermike tweeted,

We got ready and he has never stopped giving it fast and dark unless it has been to get out on the road touring all over from London to Australia, Glasto to T. Wireless, Germany & Kendall Calling to name but a few.

The Streets have released three new songs this year Never Give In, On The Edge of A Cliff with really awesome video's to boot - see for yourself on YouTube TheBeats and He's Got Swine Flu (He's behind you) which went down a storm with just about everyone except ... me unfortunatly on this rare occasion. The song is really clever but knowing how hard Mike worked on the video it pains me to admit it's just not my thing. Dammit! but then again, Mike's Mum hated it too so I'm in good company.

Mike re-vamped The Street's line-up, tighter than ever.


Mike Skinners very own Skinimix was born and banging for ten great weeks of Grime, sneak Streets previews and even some country curveball anticipation. Mike gave the skinimix it's grand closure on Mistajams radio 1Xtra show, it was a sad day but us ardent fans still have our skinimix downloads playing in our cars, bedrooms and through our ipods on the train.
Here's some Skinner fashion advice "dress smart get smart. wanna relax? rock the Reebok's - seriously it works!"

Mike also engaged us in recreating vintage acid sounds and rave with his 303, duality SSL, BADASS focal labs speakers and the beast that is his new Roland v piano.

Along with the tours and summer festivals we got to witness Mike's appreciation of old school rave, his new fade haircut. It was not only extreme, but definitely a good look - not so sure about the whole chilli's, raw chilli's - face on fire - that's how he rolls thing tho ... Eww! You don't suffer with heartburn then Mike?


"It doesn't matter how many books on philosophy I read, I'm still an ex employee of burger king who thinks about pasta hut on his way home" skinnermike
Back home and he's running with the owls between 2 breakfasts of All Bran and a full English.

He shared his struggles with a cafe writing 'sesh', slouching and eyelids closing. The evils of caffeine and Oh, who left their 1967 fender strat outside the studio overnight in the frost? naughty boy Skinneerrrr! And what's more on entering the studio sets off the alarm, again!!!

One of my favourite moments of this year was Don Riddell from CNN interviewing Mike in his studio, you really get to feel what it's like being Mike at work - awesome stuff.

My worst moment was when he spilt his entire cup of tea over his laptop. Waiting tragically to find out if it was gonna survive after drying it out overnight on the boiler. 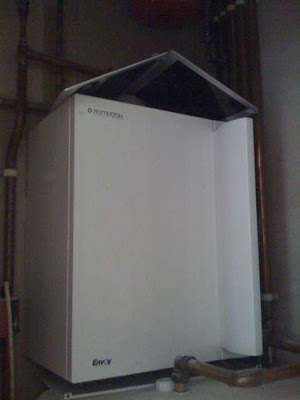 It partially worked! the trackpad didn't, in fact, his mac was pretty much dead. :(
This is ultimatly my favourite thing to happen this year ...
Whilst working what seems to us followers as every hour round the clock writing, making music, mixing and rehearsing, skinnermike decided to allow his fans to download some of his new songs at their 'in progress' stage for FREE so that we can help him decide which one's are going to make the final track-listing for the new album due for release in February 2010. My personal favourites are as follows (1 being my best)
01. Roof of your car
02. Lovelight of my life
03. Where my heart has been
04. A blip on a screen
05. Outside, inside
06. Infamy
07. Long working day
08. See if they salute
09. Skills on toast
10. I love my phone
11. Trust me
12. In the middle
13. Robots are taking over
14. David Hassles
15. He's got Swine flu

If at least my top 6 songs are not on the new album next year, I will be very, very dissapointed. Or better still, why not make it a double album Mike?

The songs are not the only things going for free, Mike gave away real cash to the generous sum of £95 to a very happy fan who was the 1st one to meet Mike on London Bridge that morning as challenged via Twitter, he also gave-away his spare pair of weekend baste passes for Glasto which was intended for family who then didn't need them after deciding to see Mike at V instead.

When someone very famous dies you never forget where you was and what you was doing when you found out, well, when Michael Jackson died, this was how I found out, it was 10.52pm on June 25th, I was sitting in the lounge, on my Sony laptop scrolling down Skinnermikes Tweets when this one popped up "Jesus christ michael jackson is dead" I grabbed my sisters arm and said "No way, it can't be true but why would Mike Skinner say it if it's not true?" and then just a few moments later, a banner scrolled across the TV screen saying Michael Jackson has died. Look, I've got goose bumps on my arms!

Just in time for Glasto, momentous, geometric activities where completed with Ted Mayhem and Mike Skinner making a huge Crop Circle in a field just outside of Castle Cary train station in Somerset to greet the Glastonbury festival revellers using Gatekeeper kit to create Mikes head wearing his much loved new SONY XB700 headphones which he said "have become part of my soul." Full story here, along with Crop Circle video’s 1, 2 & 3 in the making links.

Mike got together with Giggs and made Slow Songs, Giggs is someone I had not even heard of before "Slow songs" and now you hear me giving big respect to "You Raised Me" as well, it is the real deal. Slow Songs is gonna be massive and it is due for release 13th August '09.

Is it a Go Low plane?

A proud moment here, back in May the Go Low plane was gassed, ready to fly and just as planned it flew over The Kendall Calling festival on 31st July, flying the Go Low banner. That was indeed a proud moment.

this was captured on video by Tess De Jong

It is only early August and The Streets have already made big business this year. Mike Skinner has cleverly curved his music full circle, the beginning was an authentic explosion, the end is the beginning. I get a strong feeling - I know - The Streets will never be forgotten, the impact has been too great in our own lives, the personal memories are as vivid as they are sweet and fresh. I feel emotional again.

Winter will not ask Mr Skinner what he was doing all summer, what a year, seriously, imagine actually doing all that stuff, it's ever more than a likkle piece fat off. That really is A LOT!

listen to me when i say this ...
"Make yourself miserable or make yourself strong - it takes the same amount of energy" skinnermike 2009.


Thanks Mike Skinner and The Streets. I dedicate Like the sound to you.