With regret The Streets International Film Festival is cancelled. 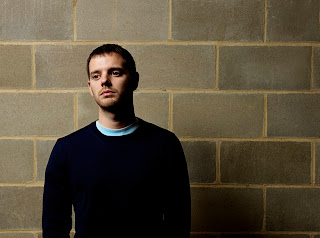 Mike Skinner was confirmed alongside eight other guests to curate the 65th Edinburgh Film Festival back in February and was due to stage an experimental performance event based on his favourite movie moments today.

"It is with great regret that I'm unable to be in Edinburgh on Sunday for the Edinburgh International Film Festival. My wife and I are expecting a baby and there have been some sudden unexpected circumstances involving the birth that we need to be in hospital for over the weekend. I was very much looking forward to participating in this year’s event and presenting my own take on my favourite films and hope the Festival has a fantastic year. I am sure I will be back to visit the film festival in some capacity in the future."

"We are deeply saddened to hear that Mike is unable to attend and our thoughts go out to him and his family at this time."

My heartfelt wishes go to Mike Skinner, his wife and family and sincerely hope for some joyous news from Mike and his family very soon.