The Streets - Guide To Surfing - video

The O2 Academy TV followed Mike Skinner AKA The Streets on his UK Computers and Blues tour of O2 Academy venues as they "tackle the highs and the lows of crowd surfing throughout the concert. An in depth look at approach, experience, recovery and reflection" o2AcademyTV 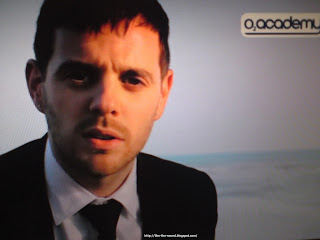 "From O2 to O2, from North to South, the waves have been strong" says Mike Skinner dressed in smart black suit, crisp white shirt and black tie - he wears a suit impeccably, he complements the suit. Speaking from a quiet, cloudy beach scene that is yearning for summer, seagulls and noisy people, Mike Skinner continues "The surf is up. The Streets are..." he claps his hands together with a singular, definitive closure as the up-beat tones of OMG rides in from the background as though to heal. 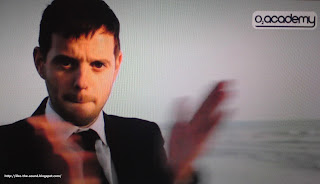 "It is important that the waves are just right, if the wave breaks too early I could end up in the barrier, some places the waves are just too violent and I have come crashing to the floor, sometimes it has felt almost too tranquil and a decent surf has been impossible to gain momentum." Skinner says over the O2AcademyTV film footage of Skinner surfing seemingly fearless amongst the many, many hands reaching out to touch, stroke, pull and grab a piece of him as his body is swept and tossed over a sea of gratified Streets fans.

"The merest look in the audiences eyes and I can ascertain how easy that surf will be and weather I'm likely to survive. The waters can be cold and limbs can be sprained. It is very important to know the look in your audiences eyes. The worst look is the look of zombie like drunkenness, when you see this look in your audience you know they may not support you... you could go down. But thankfully the last two weeks has seen an immense amount of wave support. I have felt buoyant as I've moved from white horse to white horse." Very eloquently put, it sounds like a romantic occasion, in-fact, when I watch the numerous YouTube video's of Skinner surfs, it looks and feels every bit a romantic and valiant occasion.

"Sometimes people try and attempt their own surfs, which I always think is a gallant thing. I have shaken the hands of men riding the very same break as I have." There is undoubtedly an affectionate and emotional relationship between Mike Skinner and his fans. Many times mike has been dragged out the pit from a crowd-surf  and then leaping back up onto the stage displaying a mixture of sheer excitement, elation and even a bit shook-up.


The Streets - Guide To Surfing


On a last note "It is important to always make it back to the beach, because on the beach there is shingle and firm ground and a warm cosy beach hut somewhere to get changed and towel myself off and eat a hearty Nandos." Mike Skinner.

The track featuring throughout this video, titled OMG is available now on The Streets final album Computers and Blues. If you haven't purchased it yet, you can do so via  iTunes I wholeheartedly recommend it.