The full tracklisting for The Streets highly anticipated fifth and final album 'Computers And Blues' has just been released by the NME. full article here ... 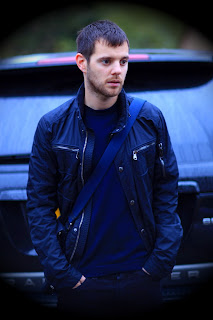 There are some very interesting titles here, I just can't wait to here them.

I'm very excited to see that my top 3 favourite tracks that I have blogged about countless times have made it to the final tracklisting,

Roof Of Your Car,
A Blip On A Screen and
Outside Inside,

so on this knowledge alone I'm already feeling very confident of it's greatness.


The final tracklisting for Computers and Blues.

'Outside Inside'
'Going Through Hell'
'Roof Of Your Car'
'Puzzled By People'
'Without A Blink'
'Blip On A Screen'
'Those That Don't Know'
'Soldiers'
'We Can Never Be Friends'
'ABC'
'OMG'
'Trying To Kill M.E.'
'Trust Me'
'Lock The Locks'

The album has a generous 14 tracks for our pleasure and is scheduled for release on 7th February 2011. Mike Skinner AKA The Streets, will be taking Computers and Blues on tour early next year kicking off in Edinburgh on 18th February 2011.

Email ThisBlogThis!Share to TwitterShare to FacebookShare to Pinterest
Labels: Computers and Blues, Mike Skinner, The Streets