Adam Smith has earned himself a damn fine reputation with his short films, music video's and television work. Formerly of the acclaimed visuals duo Vegetable Vision, Adam has also worked with the credible Black Dog Films and of course Flat Nose George. This Month, we had the pleasure of experiencing Adam Smith's latest directing challenge. Adam was invited to a meeting last year to join the crew of Doctor Who.

Adam is famous for his visionary talent and documentary style narrative's, he has a clever way with story-telling as can be seen in so many of the music video's he has directed. Adam Smith's work is eccentric, thought-provoking, addictive and very skillful. 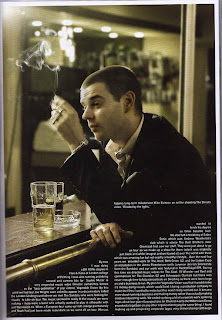 In Music
Adam Smith has directed music video's for such notable artists as The Streets ('Give My Lighter Back', 'Too Much Brandy', 'All Got Our Runnings', 'Banquet' - Bloc Party Remix, 'Don't Mug Yourself', 'Never Went To Church', 'The Irony Of It All', 'When You Wasn't Famous', 'Fit But You Know It - Remix with Guest MC's' and the highly acclaimed 'Blinded By The Lights' which Mike Skinner insisted Adam Smith must Direct.) Chemical Brothers ('We Are The Night Tour Visuals' and 'Galvanize'), Lady Sovereign, ('9-5'), Jamie T ('sheila'), North of Ping (What Goes Up (Must Come Down) with Kathy Burke, Wiley ('Wot Do U Call It?'), Goldie Looking Chain ('Guns Don't Kill People - Rappers Do' and 'You Knows I Love You'), Madness ('Devil Dust').


In Television
For television Adam has directed 'Skins' Series 1 Episodes 3,4,8 & 9 and Internet Extras 1-9 for Channel 4. E4, The Grierson Award - shortlisted Ghetto On Sea (Part 2 of Tower Block Dreams) BBC3, The Children's Society for RSA Films. The 2002 war reenactment documentary A.I.P.S (American Infantry Preservation Society), It was this documentary that gained Mike Skinner's interest in Adam's work so Mike followed Adam up. The rest is a smart peice of history. Little Dorrit Episodes 6,7,8,9,10,11. And Doctor Who - Episodes 1-The Eleventh Hour (2010) 4-The Time Of Angels (2010) and 5-Flesh And Stone (2010) 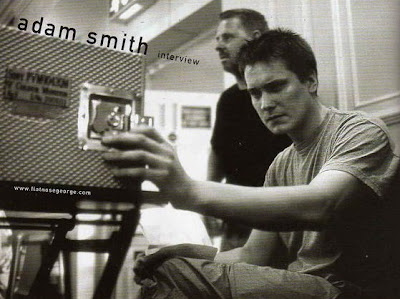 Londoner, Adam Smith is not only one of life's great observers, he has a true talent for going away with his observation and turning it into a magnificent visuality.
I figured Adam Smith must have gone through some vigorous training and nurturing since school to have acquired his status today, but it would seem this young master of his trade had other ideas.

I caught up with Adam Smith to fill in the gaps ...

LikeTheSound's Exclusive Interview with Adam Smith
Addolorata : Lets get to know you from the start, what do you remember as being your greatest interest as a child?


Adam Smith : A wide range of interests which kept changing. Constant was an interest in images.

Addolorata : What fashion images and music was you into as a teenager?

Addolorata : Did you you enjoy school? What was you like as a pupil?

Adam Smith : I eventually got "asked" to leave. I wasn't great about being told what to do which caused a few upsets...

Addolorata : What happened after school, did you go to college? University?


Adam Smith : I went to college to do Film and photography BTEC and then London College of Printing for a BA Hons degree in Film & Video 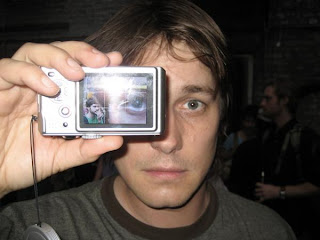 Addolorata : What qualifications did you leave with?

Adam Smith : None I didn't complete either course... Ran off to do visuals for clubs and bands

Addolorata : What inspired you to be a director?

Adam Smith : Not sure if it was one thing specifically

Addolorata : Who is your favourite director and why?

Addolorata : You directed the Channel 4 TV 'Skins' and more recently, you raised your profile as Doctor Who newcomer, directing 3 episodes including the highly praised 2 part 'Time of Angels' with the 11th Doctor Matt Smith. The BBC asked you to a meeting with Steven Moffat and Piers Wenger, did you know at this stage what the meeting was for? How did you feel when you knew you was going to be directing Doctor Who?

Adam Smith : It was a meeting for Dr Who.They had sent me the script to read which is what the meeting was about.

Addolorata : What was the hardest challenge?

Adam Smith : There were loads of challenges. Quite scary to be doing all the CG stuff which I had not shot before.The schedule was the hardest part because the scripts are so ambitious.

Addolorata : You gave us viewers a memorable experience with your direction skills, but what did you take away with you from your experience of directing Doctor Who?

Adam Smith : I learnt so much about working on a project of that scale, working with CG & practical effects.

Addolorata : In the opening scene of 'Time Of Angels' we saw Mike Skinner's debut cameo role as the security guard who had been the victim of River Songs Hallucinogenic lipstick kiss. How did Mike get involved in Doctor Who?

Adam Smith : I asked him to do it

Addolorata : Was it good to be working with Mike again?

Addolorata : Where was Mike's scene filmed?

Adam Smith : In a park in Cardiff and on a set.

Addolorata : What was the technique used for Mike's scene? at first he is seen turning around and around in circles in the middle of nowhere and then the background is spinning while he is stationary, it was captivating to watch, please explain?

Adam Smith : Camera mount which is attached to him. Used brilliantly in the film Mean Streets and ripped off by many (including me a lot) ever since. 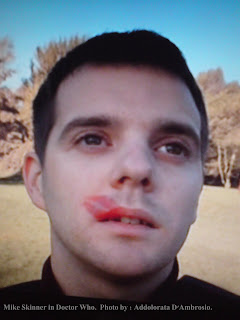 Addolorata : What happened to the security guard (Mike Skinner) He didn't get shot or anything did he?

Adam Smith : I think he probably had to have a little lie down after the hallucinogenic lip stick

Addolorata : Hahaha, that's a nice thought, I will keep that one with me. You are a well known name to The Streets fans through Beat Stevie and directing The Streets video's such as Never went to Church, The Irony Of It All, When You Wasn't Famous and most notably the highly acclaimed video Blinded By The Lights. How did you first meet Mike Skinner?

Adam Smith : I made some visuals for his first tour which can be seen at http://www.flatnosegeorge.com/

Addolorata : Mike Skinner has spoken about making a film after the fifth and final Streets album, do you have anymore work planned in the near future with him?

Adam Smith : We have spoken about ideas but just ideas.

Addolorata : What would you say is the most enjoyable piece of work you have done in your career so far?

Adam Smith : They all have their moments of joy and pain. Blinded by the lights and What goes up must come down are two pieces of work that don't make me wince as much of some of the other ones I have done...

Addolorata : What advice would you give to anyone hoping to become successful directors of the future?

Addolorata : If you wasn't a director, what do you think you might have been?

Addolorata : .... that reminds me of a Skinner lyric "You are never nothing if you didn't dissapear". What is next in the pipeline for you?

Adam Smith : A few film projects bubbling away. Chemical Brothers visual show at the roundhouse next week is the most pressing!

Adam, you are a visionary talent of our time and real pleasure to interview. Thank you.

To view Adam Smith's CV and Contact details
Go to:
www.flatnosegeorge.com
Posted by Addolorata at 20:24