Reviews: Everything To Me (feat. Calzo Houdini) Shep 3rd

Everything To Me is the brand new single by upcoming Rap, Hip Hop and RnB Artist Shep 3rd (feat. Calzo Houdini) Released on Wed 14th March on Dimerock Records. 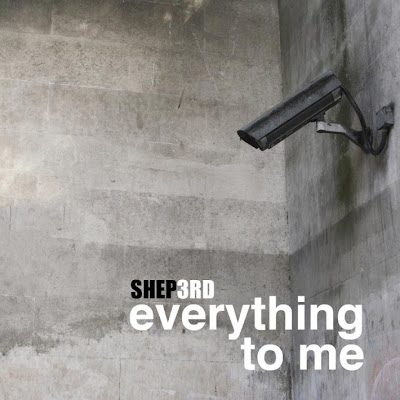 Typical of Shep 3rd, Everything To Me has relateable lyrical content that demands the listeners attention, he writes about life experiences and uses words that help bring vision to his story.

At the age of 16, Shep 3rd released his first mixtape No Holds Barred, he went onto airing his tunes on Youtube straight from the streets and it caused people to prick up their ears, no one more so than Callum James Greens.

Shep 3rd is more than your average kid spittin bars, he is talented and he is not afraid to put the work in before he expects to reap. At this stage, we know he is ready to leave those days of recording on half broken microphones in dingy bedrooms, he's delivering the goods, the only thing he is lacking is a producer, what a waste it would be to kill the elements that stand out most in Shep 3rd by sticking him in with a producer who is not prepared to cross the boundaries, go that extra mile to bring the best out in the artists style, good job then that it happened to be Calzo Houdini and Larissa Dahlbeck for the job.

Everything To Me is a top quality song, the lyrics are written and delivered to reveal the emotional side of Shep 3rd's character raising the bar along with the expertise of Callum James Greens and Larissa Dahlbeck from the Calzo Houdini studio production team .
I hope they will continue to work together, the mix is quite perfect, superbly tuned and warmly wrapped in the finest blend of sounds that make you want more.

Why should I buy it? Because it's a bloody good song! A lot of work went into the making of Everything To Me, anything that has been created with care deserves to be rewarded with your support, so what better reason could you need?

Show your support for new music:

Buy Everything To Me (feat. Calzo Houdini) by Shep 3rd on iTunes.

Also available on Amazon, and all good digital retail stores.

Email ThisBlogThis!Share to TwitterShare to FacebookShare to Pinterest
Labels: Calzo Houdini, Everything To Me, Shep3rd