Cj 'Omen' Nwasike is a name you are going to be hearing a lot more of. He is enthusiastic, big ideas and the talent behind it to back him up. Like The Sound decided it was time we got to know a little more about this feisty young beatsmith.


Addolorata : Good afternoon Omen, is it OK to call you Omen? What do your friends call you?

Addolorata : Where are you from (born and schooled)?

CJ : Erm, doubt you’re ready!! Was born in the UK, although I’ve studied all over the world. Been to 14 different schools, including the university I’m currently attending right now!

Addolorata : You started producing music with Cubase. What version did you start with?

CJ : Yeah, I’ve got it, although it’s basically just an upgrade, disadvantage is that it won’t load some projects made in 5.0.1 so that’s a problem!! 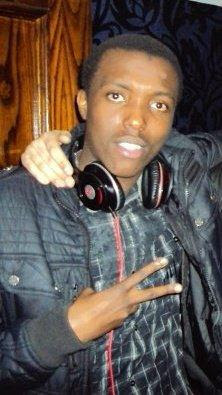 Addolorata : Tell us how you put your music together, do you use any raw instruments?

CJ : I try as much as possible to incorporate instruments to bring out that flavour. I’m a big fan of the piano & violin along with the saxophone. Basically, I like to record live instruments, and then chop them up!

Addolorata : I really like "Why" (Instrumental) that is really chilling and emotional, how did you feel while you was putting this track together?

CJ : Thanks, I’m a big fan of that track. Basically, I was at a crossroad in my life and heard the sample. Hit up the studio and came out with that!

Addolorata : Who else have you worked with?

CJ : Erm, got quite an extensive client list. Done some stuff with Freeway, Sasha (Storm Records) and a bunch of other artists. Right now, got some stuff in the pipelines with Juelz Santana & Ludacris.

Addolorata : You took an undergraduate degree in Audio Engineering & Music Production in London, I think that is very admirable.

Addolorata : Have you completed it yet? Was it worth it and why?

CJ : Actually, I’m still studying this now. Studied International Relations in Switzerland for two years, which was good…although my career path changed along the lines into music, which is what I love. I’m learning a lot from the audio engineering course, which is great!

Addolorata : Have you got your own studio?

CJ : Currently in the process of setting up my studio. Right now, I usually book out studios by the day and work it out! Consider my self to be a perfectionist! Never stop till it’s done!

Addolorata : What piece of equipment has been invaluable to you so far?

Addolorata : What are you working on right now?

CJ : Right now, working on some stuff with Juelz Santana for his upcoming album, as well as Ludacris on his upcoming album, Ludaversal. Just rounded up some stuff with Freeway last week, the track should be out soon! Trust me, it’s crazy!! Working with four female singers, Brittany Pasquelina, Coda Ray, Gina & Abbee Pule. Got a rapper I’m working with at the moment, Redemer. The dude has got some fire!!!

Addolorata : Any surprise guests in the pipeline?

CJ : Erm, right now, I’ll leave everything closed just in case stuff does’t go according to plan, but there’s gonna be a lot of stuff coming your way in a few months!!

Addolorata : Who would you most like to work with?

Addolorata  : Where do you hope to be ten years from now?

CJ : In ten years, I’d love to have a few grammys sitting on the mantle piece!!! Basically, still making good music and receiving critical acclaim can keep me going forever!!!

Thank you for your time CJ. Keep working hard.