Like The Sound Exclusive - Getting to know TheAA in interview

So I was well chuffed when TheAA got in touch and said they would like to do an exclusive interview with Like The Sound. 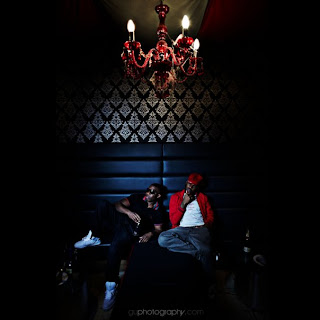 So lets start ... Getting to know TheAA

Addolorata : What genre/scene would you say your music is in?

DubbZ and K-Kay : We have a philosophy that music shouldn't be genred-but if you have to Rap HipHop, RnB, and we believe in fusing different types of music together to create unique music.

Addolorata : Where and when did it all begin for TheAA?

DubbZ and K-Kay : We linked up while in university in Manchester through a mutual friend- Dubbz was studying chemistry while KK studied multimedia technology

Addolorata : What does the name stand for?

DubbZ and K-Kay : Well we went with that particular name simply because we are a group of Afro-Brits with the common denominator being our love for music. KK and I spearhead the crew but we got producers, singers, songwriters, designers from Manchester, London, Kenya, Jamaica, Malawi, Nigeria, Sierra Leonne - you name it.. And one of our underlying objectives is to promote BLACKNESS NOT DARKNESS, Africa and indeed the UK our unique fusion of cultures.

Addolorata : Who writes the songs?

DubbZ :  It varies really whoever comes with a banging hook 1st or whoever comes with a verse 1st, or if we wanna speak about certain serious issues i.e life in general, racism, politics, but not too deep as we just want to make music that will make people happy, etc-we operate on vibes we get off each other or situations we been in...KK comes up with most of our sexually explicit stuff though..lol

Addolorata : Who is your biggest influence?

DubbZ :  For me my main influences are like to many to mention, I've been influenced by Fela, Michael Jackson, Bob Marley, Marvin Gaye, Yvonne Chaka Chaka, Bon Jovi, Shabba Ranks, Mad Cobra, Notorious B.I.G, Tupac and the list is endless. But to answer the question my biggest influence has to be Fela Anikulapo-Kuti -the man, the myth, the legend.

KK :  My influences varied really as I've been listening to music from when i was a kid, some of my biggest influcences will have to be Michael Jackson, Run DMC, Dr Dre, 2Pac, Biggie, Cold play, Snoop Dogg, Slick Rick, Jay z, Bob Marley, Fela Anikulapo Kuti etc

Addolorata : What music have you been listening to lately?

KK :  I listen to all sorts of music really but at the moment what im mainly listening is the UK Hip Hop at the moment such as Giggs, Tinchy Stryder, Sway, Taio Cruz, Chipmunk etc

Addolorata : You went to the Mobo's this year - was it your 1st time?

DubbZ and K-Kay : Yeah it was our 1st time this year-it was alright but we in the UK need to step our game up major, especially in the urban scene. Because I feel we have more to offer to the world than we giving right now

DubbZ :  I can't really remember to be honest. We weren't up for any awards or anything so we just went and got drunk and the vibe of being amongst your peers.

KK :  Actually I think we got drunk before we got there to be honest. Yeah but in general it was great as we got to rub shoulders with some of the UK heavy weights in the urban scene currently doing it big. So overall, it was a great feeling to be there

Addolorata : What was your highlight of 2009?

DubbZ : Highlight of 2009 for me has to be becoming a father personally ...

DubbZ : ... and music-wise getting our distribution deal sorted..for now we're having to do everything ourselves so getting a company to sort the buisness side of things while we concentrate on the music is big.

DubbZ and K-Kay : Would like to do a track with Taio Cruz cos he is currently dropping bangers at the moment plus i like the way he write his hooks.

Addoloata : Who was your best bet for the X Factor?

DubbZ : I stopped watching after Candy Rain went out in week 1.

KK :  I stopped watching after week three i think. I think it was all shambles.

Addolorata : What's next for TheAA?

DubbZ and K-Kay : Album dropping in 2010, 1 or 2 more singles before thats....We've just finished shooting a video for our newest single, Fever... which should be dropping between January and Febuary and also we're working on our own clothing line, The Articulate Aces clothing, so we're looking for positive things for 2010 really. 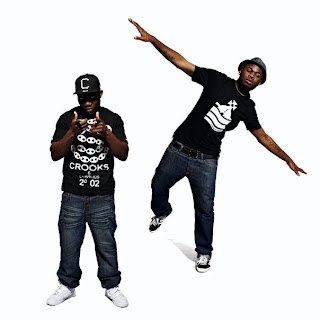 Keep checking us out for more on TheAA's new album, the video for the brand new single titled Fever and The Articulate Aces clothing range.