Rock and Roll Fuck'n'Lovely - Brand new trailer
It's 'A twisted and sometimes surreal tale, following rock band The Fuckin Lovelies through drugs, drinking, music and finally a mythical music festival'. It is going to be the film to kick the 2012 film season into gear and everyone will want to say they've seen it! 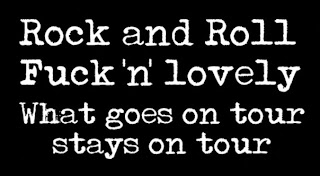 This is the brand new trailer by FlyFaction

Produced by Josh Bagnall, Spencer Leven, Bob Horwell, Yan Miles and Fish-Pot Productions.
Earlier this year, LikeTheSound was proud to interview Spencer Leven, read what he told us in this exclusive interview :  Here ...

Email ThisBlogThis!Share to TwitterShare to FacebookShare to Pinterest
Labels: Rock and Roll Fuck'n'Lovely