Robert Harvey in the studio with The Streets

Robert Harvey of The Music 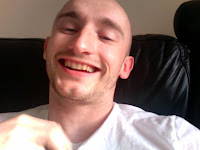 has been reported by The Sun to be in the studio with Mike Skinner AKA The Streets - and says the pair are "on fire."

He told The Sun : "Mike's been working on new material. It's his best stuff yet. And we've been writing together for our new album. He took time out but he's buzzing again. I can't wait for people to hear everything."

Mike Skinner is working on his fifth and final album as The Streets, in the past few weeks he has been working with Kevin Mark Trail, Laura Vane of TheVipertones and Robert Harvey for the album that is to date known as Computers and Blues.
Robert Harvey had already previously recorded some vocal work for Mike Skinner last year. Robert told LikeTheSound earlier this year ... 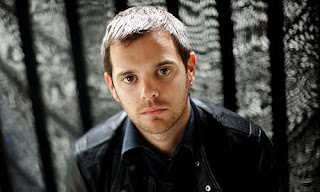 In our exclusive interview

"Mike invited me to go down to a The Streets session to try some vocals on a few things. We jammed and chatted about things. It was a pleasure and I learnt so much from who I believe is a great man and Artist. The new album sounds great from the things I've heard."

You can reflect on The Streets busy year last year by visiting The Streets official blog which charmingly enough carries the last post titled * * * Mellowtron * * *  in which Mike Skinner informs he has been rocking out with Rob Harvey from the music on some vocals for his new album.

Email ThisBlogThis!Share to TwitterShare to FacebookShare to Pinterest
Labels: Computers and Blues, Mike Skinner, Robert Harvey, The Music, The Streets